Anne Lelièvre Makeup & Spa was proud to do a natural makeup look and simple hair styling for photo and video shoots to promote Boks Kids, a nonprofit organization owned by Reebok. One of the models being Kim St-Pierre, a Canadian ice hockey player who is a three-time Olympic gold medallist and five-time IIHF world champion. The photo and video shoots took place at École Madeleine Brousseau and at Centennial Park. 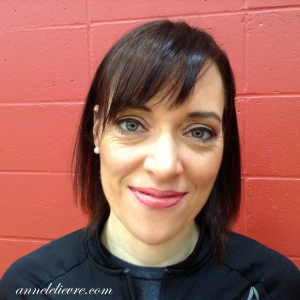 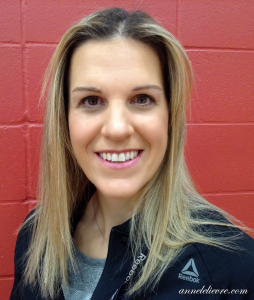 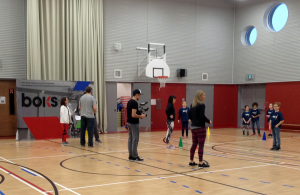 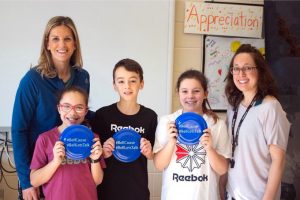 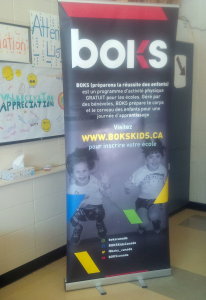 Anne Lelièvre Makeup & Spa was happy to participate at ADP Canada’s Mini-Manicure Day. Many of their employees, both men and women, received a mini-manicure at their office. This allowed them to take a few minutes to relax during this busy time of the year. 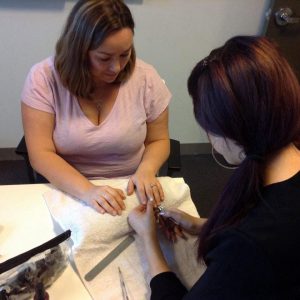 Anne Lelièvre Makeup & Spa was honoured to participate in Reebok’s Puremove Event. Every lady who tried on Reebok’s Puremove bra received a complimentary mini-manicure. This event took place Saturday and Sunday. Many ladies took advantage of this special promotion which took place in Mirabel. 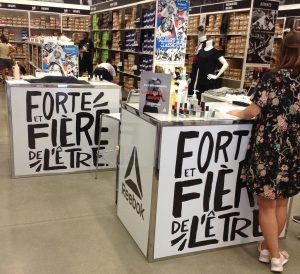 Anne Lelièvre Makeup & Spa was proud to be part of the Full Power Yoga event at the Espace GD Gallery located in downtown Montreal. The ladies and gentlemen who attended were able to receive a 30-minute Thai Yoga Massage, mini manicure, angel card reading and different fresh fruit juices. All yoga courses were only $8. It was nice to see that the event also included yoga courses for children with teddy bears and music. They loved it! 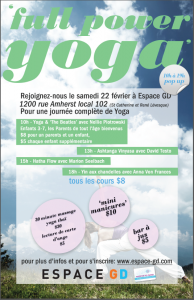 “Celebrate Your Beauty” event at FitClub24

Anne Lelièvre Makeup & Spa was proud to be part of the Celebrate Your Beauty event at the FitClub24 Gym located in downtown Montreal. The ladies and gentlemen who attended were able to receive an express massage, manicure, facial and makeup and get their picture taken for only $10 ($15 at the door). The event was a huge success as the gym was packed with people who were excited to try all the stations. We even had to extend the event to cater to all the people present. 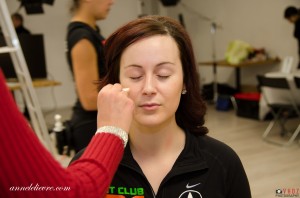 Below an article found in Fiora Magazine

This make-up artist has been in the business for two years, and splits her time between doing make-up (she accepts home sessions and does house calls for weddings and photo shoots) and working at a legal firm. “It’s seven days a week,” says Lelièvre of her hectic schedule. “One time, I even did someone’s makeup over my lunch hour!”

Lelièvre started studying makeup through a Mary Kay workshop she found online. “They told me they had free training, which I thought was awesome,” she says. Soon, Lelièvre was ready to, “go bigger”, and started studying catalogue makeup. “Photography makeup requires more details,” she explains.

She says her biggest challenge in becoming a makeup artist was overcoming her shyness. “It was really hard giving out cards and approaching people,” she recalls. Today, she’s beaten the bashfulness, and has built up a solid client base.

Lelièvre, who says she hopes one day to do make-up full-time, is planning on expanding into hairstyling and home spa treatments.

Her advice to aspiring make-up artists? “I would tell them to just keep pushing, keep working hard, and get advice from as many people as you can.”